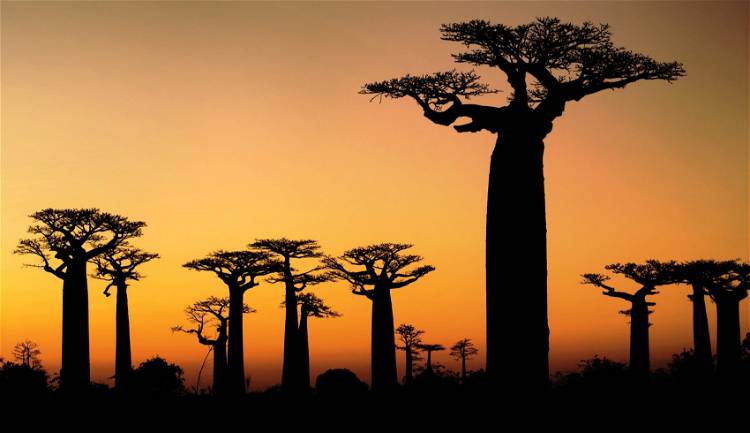 Call our experts
We're open today until 8pm
+16468465208
LET US CALL YOU
Arrange a convenient time for you
TELL US YOUR PREFERENCES
We'll find the perfect solution for you
Categories
GroupsWellnessFamilyClose FriendsLiving in NatureSoloAfricaCouplesAdventureMadagascar
Off the coast of Africa lies an island that was once one of Africa’s best kept secrets. Now, more and more travellers are discovering the unique beauty of Madagascar and its potential as a luxury travel destination. It may be the fourth largest island in the world but it is only in recent years that Madagascar has gained popularity due to its white sandy beaches, clear blue seas and unique wildlife found nowhere else in the world. It is sure to enchant travellers seeking an authentic and largely undiscovered cultural experience.
BY
Luxtripper Travel Editor

Madagascar has a wide range of activities to suit all types of travellers and no trip is complete without visiting some of the country's incredible national parks. Madagascar has one of the last truly untouched rainforests in the world, home to some of the rarest plants and animals on Earth, including several species of lemurs and chameleons. Trips to Andasibe-Mantadia National Park, Lemurs Park and Marojejy National Park are a must see for nature and animal lovers alike.

With 500 kilometres of coastline and barrier reef, it is no surprise that Madagascar is one of the best destinations in the world for water sports. Kite-surfing, scuba diving, snorkeling, windsurfing and sailing can all be done across the island. Madagascar is an especially good destination for scuba divers, both beginner and expert alike, with several impressive underwater reefs to explore.

Those seeking a more relaxing holiday experiences will find themselves in paradise on one of Madagascar’s many stunning beaches. The volcanic island of Nosy Komba off the north west coast of Madagascar is an especially popular destination among tourists and locals seeking beachfront relaxation, and offers gorgeous island views and a quiet, peaceful atmosphere.

The first settlers arrived in Madagascar over 2,000 years ago, mostly from African and Asian origins. It was later settled by the French, who ruled there until 1960. This fusion has led to a very distinctive culture, with a unique set of religious beliefs and traditional customs. Visitors will hear a variety of languages on the island, including Malagasy, French and English.

Madagascar has many strong creative traditions in the form of music, performing arts, visual arts and poetry. Theatre, song and dance are especially popular, and are brought together in traditional day-long performances called "hiragasy" that have been perfomed in Madagascar since the late 18th century and can still be seen today.

While Madagascar is not generally an expensive tourist destination, it has a wide selection of high-end resorts and hotels offering the utmost comfort and luxury.  Tsara Komba Lodge is situated in Madagascar’s island of Nosy Komba (known to locals as “Lemur Island”) and is a luxury Ecolodge Hotel in a spectacular natural environment where Africa meets the Indian Ocean. It has a rare and distinctive charm, and is the perfect place to relax, unwind and enjoy Madagascar.

Constance Tsarabanjina Madagascar situated on the tiny island of Tsarabanjina has a distinctive warm Malagasy feel and offers ecological villas dotted along pristine beaches. This remote paradise is a nature lover’s delight with a combination of luxury and simplicity. Enjoy spa treatments, sea fishing, snorkeling in the magnificient coral reef or just relax in your own private hammock whilst admiring the amazing view.

Another beautiful beachfront retreat is Madagascar's Anjajavy l'Hôtel, on the north west coast of the island. Located alongside a nature reserve, Anjajavy is the perfect place to experience Malagasy flora and fauna. The secluded and quiet resort has just 25 luxurious rosewood villas set along the Mozambique Channel, making it a peaceful and intimate escape ideal for couples and honeymooners.

With its beautiful landscapes and unique and exotic wildlife, Madagascar promises to be an interesting and unforgettable experience for each of its visitors. Whether you are a solo traveller looking for an adventure or a couple seeking a romantic getaway, this exquisite island will leave you with memories to treasure for a lifetime.