What to Pack for an Africa Safari 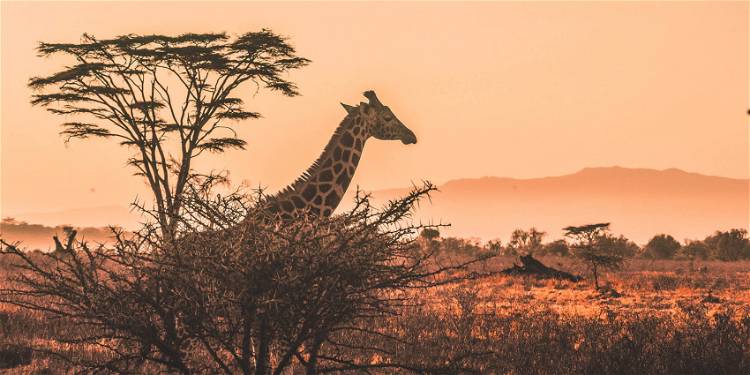 What to Pack for an Africa Safari

Call our experts
We're open today until
+16468465208
LET US CALL YOU
Arrange a convenient time for you
TELL US YOUR PREFERENCES
We'll find the perfect solution for you
Categories
Living in NatureHoneymoonsItinerariesCouplesSecluded LocationsSouth AfricaHoneymoonAnimal AdventureSafariHoneymoonsNamibiaTanzaniaKenyaAfricaRwanda
A safari in Africa is a truly once-in-a-lifetime experience, so it’s essential that you pack the right things – you need to make the most of it! But where do you start? What do you need to pack for a safari holiday? Here are our top tips on how to pack for the Africa safari getaway of your dreams, from what to include to what to leave at home!
BY Holly OBrien
Luxtripper Travel Editor

There’s nothing quite like an Africa safari getaway, let me help you get ready for the holiday of a lifetime!

What could you possibly have to think about before starting to pack, other than how much fun you’re going to have on your Africa holiday? Your luggage, of course – unfortunately, your favourite suitcase is going to have to stay in the attic until next time. Most safari camps are located in the bush, so you’ll likely fly in on a pretty small plane with strict weight restrictions. Use a soft-sided or duffel bag that weighs less and is flexible - you might need to cram it into a small space, and a lighter bag will be easy to carry between Kenya and Tanzania!

Wondering how on earth you’ll fit even the essentials in such a small bag? Packing cubes come in really handy and will help you keep everything organised – these will change your life forever! You’ll also need a see-through makeup or toiletry bag if you’re travelling to Kenya or Rwanda on your safari holiday, both countries have strict laws banning the use of plastic bags, including those provided by airlines.

Picturing yourself wearing a fancy dress in South Africa (think Taylor Swift’s ‘Wildest Dreams’)? Think again - you need to pack light; thankfully, most safari camps have laundry service, so you’ll be able to repeat outfits. Wear neutral colours: it will help you blend into the bush, increasing your chances of safari success, and stop you attracting insects like biting flies. Avoid red! You don’t want to be mistaken for a wounded animal or as Masai warrior, which will make Kenyan lions nervous.

Don’t wear white - you’ll get pretty dusty whilst you’re out! Long sleeved shirts, blouses and long trousers are ideal for protecting your skin on Africa holidays. Bring clothes that you can layer, since it’s cool in the morning and evenings – a light jacket will also come in handy. You don’t want to be chilly when you’re trying to enjoy a sundowner! Avoid camouflage or military-style clothing if you’re visiting Zimbabwe, as it’s prohibited. Bring something waterproof! The same goes for your Rwanda holiday, keep dry in the rainforests.

A wide-brimmed hat or baseball cap is a must-have for Africa safari holidays and honeymoons – protect your face and eyes from the sun and the dust as the jeep travels across the bush. Of course, sunglasses are always a winner when the sun is shining and will look great when you’ve got your swimsuit on – a must-have if you want to cool off next to the pool and rejuvenate after your South Africa safari adventures! You’ll also need a small, lightweight bag to hold your camera, water and other essentials.

When you’re not sitting in the comfort of a jeep, you might be trekking through the bush in Kenya, learning about the flora, fauna and smaller animals, so it’s important that you’ve got sensible footwear. Timberland boots are perfect – there may be snakes, so try and keep your ankles covered! The heat might mean that heavy boots are too warm, trainers with a steady tread are a good alternative. Open-toed shoes are not recommended – even mealtimes are casual at your safari camp! Bring flip flops for wearing around the pool.

This is a once-in-a-lifetime experience; it would be a shame not to capture some of the vivid, colourful clothes of the villagers on film, or perhaps you’ll capture the Big Five in Tanzania! Bring your camera with you! It would be worth investing in a gimbal for your phone or camera to keep it stable – there's nothing as disappointing as a blurred photo or shaky footage. Pack a portable charger, your safari lasts a long time, so bring back up energy for your electronics. If you were thinking of bringing a drone to catch bird’s-eye footage on your Kenya holiday, then you may need to reconsider, since no drones are allowed in East African camps.

Wherever you’re travelling, it’s always a good idea to pack adapters. When travelling to Namibia, South Africa, Tanzania or Zimbabwe, you’ll a need an adapter with three round prongs; Rwanda requires two rounded prongs, and Kenya has the same sockets as the UK. Find an adapter kit with multiple fittings and cover as many situations as possible!

You’ll be spending the next week or so out in the African bush – you won’t be able to quickly pop to your nearest drugstore if you run forget to bring your toothpaste, so make sure you write a checklist of all the essentials. Pack plenty of sun cream, the African heat beats down all day, you don’t want to use it up in Rwanda before continuing to Kenya! It’s uber important that you pack insect repellent (preferably containing DEET, but natural citronellas are better than nothing) to work alongside your mosquito net at night!

Make sure to pack a first aid kit – your safari camp is sure to provide one, but you can never be too careful. Moisturiser is also super important, your skin will need relief from the heat, sun and repellent and dust! A reusable water bottle should be at the top of your checklist. Your days will be long, starting in the early hours and ending in the evening, so make sure your bottle is lightweight – you’ll definitely need a refresher during your long hours exploring the Serengeti on your Tanzania holiday!

Passport and boarding pass. They sound obvious, but double and triple check that you’ve packed them before you leave your home, and before you leave your accommodation – you'll be in a real pickle if you forget either! We also recommend that you set up travel insurance to cover you whilst you’re on holiday, this is bound to give you more peace of mind and you’ll have much more fun whilst spotting gorillas in Rwanda. You don’t want any worries on your dream Africa safari!

If your safari adventure includes a trip to Kenya, then you’ll need to bring along a printed copy of your eVisa. After exploring on an exciting Kenya holiday, you’ll need to produce an International Certificate of Vaccination for yellow fever if you’re travelling to Rwanda, Uganda or Tanzania and Zanzibar.

Youre Ready to Go!

Have you done your final checks? Have you double checked? Triple checked? Good! It’s time for your dream safari holiday to begin! Yet to start planning your spellbinding Namibia holiday or romantic Africa honeymoon? Our luxury travel experts are ready and waiting to help you create your perfect escape – live the holiday itinerary of your dreams and stay in amazing luxury camps!